From the paradise-themed Bali, of which I personally felt has lost its charm to the fast influx of tourists, we took a 1-hour van ride (from Perama Tours) from Kuta to Gilimanuk Ferry Terminal at the western coast of Bali. We boarded a RoRo (roll-on, roll-off marine transport vessel) which transported both passengers and vehicles including our van. Since it’s our first experience riding a RoRo, we were trying our best to control our excitement as the other Indonesian passengers were looking quite neutral since it was a routine ride for them to the other side, our destination – Ketapang Ferry Terminal, the eastern coast of the Surabaya border.

The ferry ride took about 1.5h. The overall ride was calm given Bali’s legendary waves created for surfers (at that time i thought everywhere in Bali was surrounded by majestic surfer waves). By the time we reached the other side, our driver was already out of the RoRo and he recognized us before we did.

We got in and he drove us about 1h throughout the more country-like Banyuwangi for lunch at an overpriced restaurant (though still cheaper than your typical Singaporean food courts). Goats, farmers, and vegetation started to sprout more frequently the further we got away from the jetty. Somehow I welcomed this simplicity more than the heavily touted Bali.

Another countless more hours with a numb butt (actually 5h to be exact), we reached the guesthouse area of Mount Bromo called Ceromo Lawang. Of course the journey up the mountain wasn’t smooth. Full of winding roads with dead turns and lack of barriers to prevent you from slipping over plus the one-way route accomodating two-way traffic, we were praying in our hearts the whole journey (though it was not as hellish as Indian roads and drivers). Oh, i forgot to mention that it was pitch black by then and our van started to have headlight problems every few seconds. So yeah, we drove in utter darkness every few seconds intermittently where any moment could send us either down the slopes of a mountain or go for a head-on crash of an oncoming vehicle and even possibly both.

We thought the stress was over when we reached Ceromo Lawang but more was in store as the whole village was under a blackout so yeah we had to hunt and bargain our way in the dark. Being experienced travellers by this time, we knew not to go with what the driver recommended, did our research beforehand and instructed him to go further to where we wanted. He was hesitant but our training about being firm and more aggressive than commission earners in India left him with no choice but to abide. 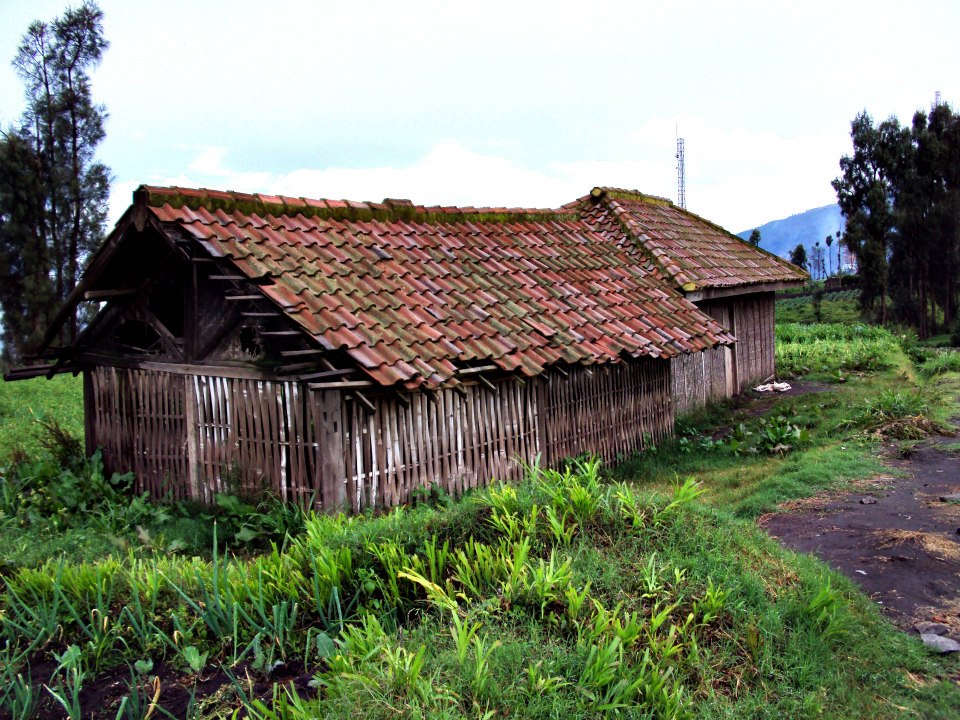 On the way up to the crater. It’s like a scene taken from the moon.

Walking out from the safe perimeters of the craters is strictly unadvisable. 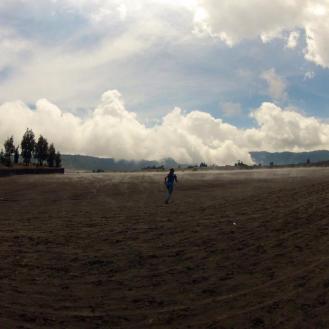 Sea of Sand. You have to cross this black, misty sandy plains to get to the crater. 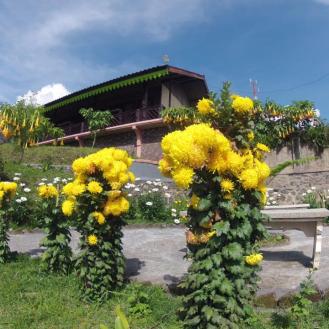 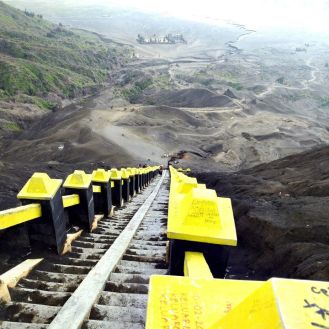 The ferry we took to Ketapang ferry terminal for Bromo

It’s a cool photo but not advisable.

Work those legs! The steps leading to the crater 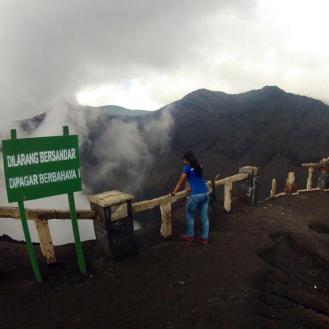 Finally, we reached the crater. What a sight to behold. Smell too. 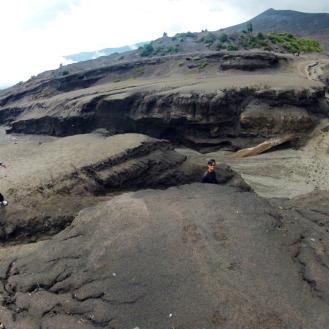 The journey to the crater is an adventure by itself.

Viewpoint from the countryside

We checked-in at Cafe Lava Hostel at about 2300h and were dead tired. It is heavily recommended to wake up at 0400h to hike up the volcano to catch the sunrise but we were dead beat and extremely grateful that we were still alive after a hellish 15h journey from Bali’s Kuta to Surabaya’s Ceromo Lawang (which guidebooks said would take 10h). We woke up at 0700h instead, when 90% of the tourists were still making their way back from the sunrise hike.

The buffet breakfast (included in the USD35  daily room rate) was exceptionally pleasing for the price we paid and we had the whole restaurant to ourselves. By the time the rest came back at 0800h, the whole restaurant was packed, noisy and in a lot of mess. Taking it as our cue for us to go ahead with our hike, a splendid day’s journey began.

About 10min walk to the entrance of Mount Bromo-Tengger-Semeru National Park where we paid about USD7 for the entrance, i knew the 15h trip was going to be worth it. The weather was terrific compared to hot, humid Bali (something i’m still not accustomed to despite being born and bred in Singapore), the mild pungent scent of sulphur, the vast unpopulated plains made from black sand, the silence of emptiness and abundance, and basically the whole package made yesterday’s journey melt away temporarily for us to just bask in the present.

Our few minutes of tranquility was interrupted by a bunch of motorcyclist touts hard selling us to take their bikes to the base of Mount Bromo rather than walk what seemed like 5km or more (we would find out later it would only take us about 10minutes of easy walk because it looked WAY further than it actually is). Still dizzy by the sudden change from hell to heaven, we abide to their aggresive USD10 ride after bargaining it down to USD2. Then we started ascending the 250 steps up to the crater of the legendary Mount Bromo.

After about 30min just staring at smoke spewing out from a boiling volcano underneath I decided to walk the perimeters of the volcano before being shouted by Linda to get back to the safe zone. Another 30min of just staring at smoke spewing out from the crater (i swear it is that hypnotizing), we went down to explore the rest of the extinct volcanoes.

The hikes up were terrific with viewpoints that I cannot describe in words. Streams flowing, cabbage garden plots littered randomly and vegetation growing up inclined slopes were some of the few treats 2329m above sea level could offer you.

When we were ready to head back to call it a day, it started raining and we rushed to the nearest shelter which happened to be a public toilet. And then another magnificent thing happened when the rain turned into mists as it hit the black sand. And then I was hypnotized into watching the mists this time round for another 30min.

As we headed back we were hit with another flash thunderstorm. A villager offered us her hut as shelter and we were grateful for her sincere hospitality. Somehow I figured out about how easily contented and happy these people are with their simple little possessions.

When the rain stopped, we thanked her and headed back to end a perfect day. After a good night’s rest we took the van down at noon to Surabaya’s Airport and to our temporary 1 week break near home, Malaysia, where we will head to Linda’s village at the borders of Johor and Melaka.