Sakura In Spring from Kirzruba on Vimeo.

Japan is an unplanned trip and not in our travel bucket list. He was there for work and me, well, it’s Japan, why not? Throughout this article, you will get to read the changes in excitement and mood level as we quench our thirst for wanderlust in the Kyushu, Chugoku, Kinki, and Kanto regions of Japan. If you’re unfamiliar with the regions, our journey took us to Fukuoka, Hiroshima, Himeji, Osaka, Kyoto, Tokyo, and Ibaraki.

The thing I like about travelling is that, no amount of research you do, can prepare you enough for the actual day in a foreign, unfamiliar country. In my case, I’m prepared for Spring and the abundant eye-candies of Cherry Blossoms, but what I didn’t prepare for, is global warming. Fukuoka’s average climate in April is normally 10-16 degrees celcius. But this afternoon, it’s 3 degrees. To put into perspective, it’s snowing in Osaka and Tokyo now. It’s suppose to be SPRING.

Fukuoka Airport is quite impressive as it has everything you need upon arrival – Food, pre-paid data sim cards and WARM CLOTHES. The mission for Day 1 is to find him in a place called Tokuyama. To get there, I have to take another train connection to Hakata Station where I’ll get on board the mighty Shinkansen (excited!) to Tokuyama. Despite not having proper planning, I decided that it’s best to at least be connected to wifi. That’s where Changi Airport’s $5/day wifi rental comes in. This saves me alot of time from wondering around searching for data sim cards and free wifi. I got internet access, the moment I landed! Easy peasy. Oh, and there’s unlimited internet data too =)

With no knowledge of Kanji or the Japanese language, I thought I’ll be doomed. Thankfully, the signs around Fukuoka Airport comes in English as well, and directions are clearly marked. I got to the Shinkansen station to exchange the Japan Rail Pass and off I go in a BULLET TRAIN (woohooo!) to Tokuyama.

Journey time: 2hrs 45mins | Fare: 250 yen (Click here to read more about getting from Fukuoka to Hakata for the Shinkansen train)

Hiroshima. Although it’s history was tainted by the tragic nuclear disaster, traces of its aftermath can be well-seen and felt years after, with some bearing the permanent scars that follows like an itch. While some of us lack empathy due to Japan’s bitter-sweet relations with some countries, we can’t deny the feeling of compassion and humanity.

As we walk along the Motoyasu River and stroll to see some blooming cherry blossoms in the Hiroshima Peace Memorial Park, much has indeed change. The infamous dome that survived the bomb is now surrounded by a string of modern tall complexes. Shows resilience through the years. The will to rebuilt and move on but never forget, has made Hiroshima what it is now. An eden. 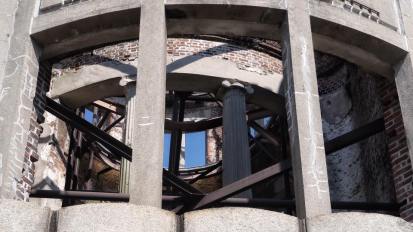 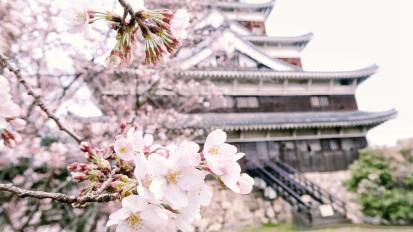 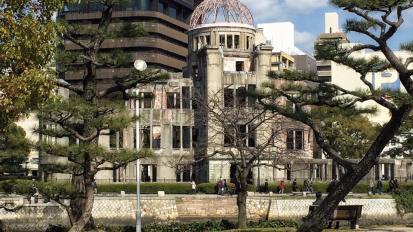 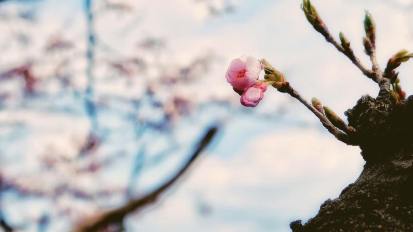 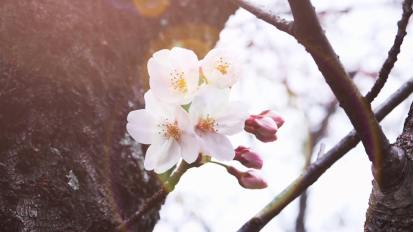 What to see at Miyajima

1) Itsukushima Shrine
Itsukushima Shrine is dedicated to the three Munakata goddesses,
Ichikishima-hime, Tagitsu-hime and Tagori-hime. The shrine is known for its unique construction, which displays the artistic beauty of the Shinden style of architecture. First built in 593, it was remodeled into the present grand structure by a powerful figure, Taira-no-Kiyomori, in 1168. Its placement on the water, beautifully framed by the mountain in the background, is testimony to Kiyomori’s extraordinary vision and achievement.

Itsukushima Shrine is composed of a main shrine, a Noh drama stage, music
rooms, halls and several other shrines arranged around it. All these structures
are connected by corridors with the total length of about 300 meters.
The vermillion color of the shrine and of the O-torii is considered to keep evil
spirits away. The shrine buildings are coated with vermilion lacquer, which is
also efficient as protection from corrosion.

In Osaka, we stayed at the wonderful Guesthouse Odori as our base in Osaka.

Our accommodation in Kyoto is Koto-An Guesthouse

Tips: This place is crowded. Overflowing with people. You won’t get to enjoy the sights as much and you will be rushing to walk as fast as possible because the person behind you keeps on shoving camera to your head hoping that he/she can get a clear shot of the landscape minus the tourists. Haha. Fat chance.

To avoid this, you know all those nice photos of the bamboo grove you see on pages of travel magazines, it is taken at Adashino Nembutsu-ji temple. Located 30mins walking distance from Arashiyama. There’s very few people there PLUS you can get to enjoy the sights at your own pace. 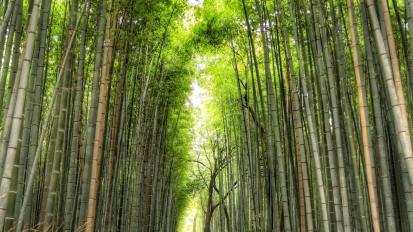 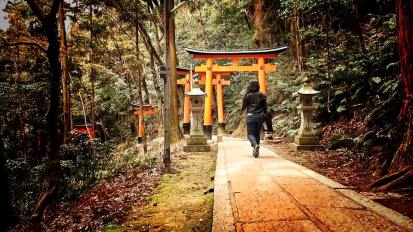 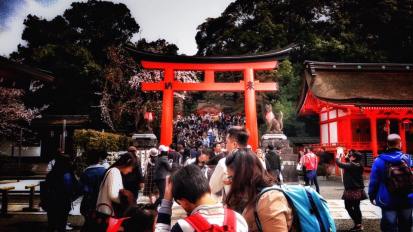 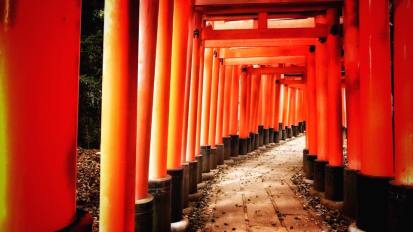 Kobe is just a 2D1N walkover but if I ever return to Japan again, I would definitely spend more time in Kobe. We took the City Loop bus from the Kobe Shin-Kobe station which gave us a brief preview of the beautiful city of Kobe.

Check out these attractions:

All the attractions are within walkable distances.

We walked through the Motomachi Shopping Street

We stayed at the outskirts of Tokyo, near the Minami-Senju Station. The accommodations there are cheaper.

One of the most spectacular works of digital display and animation, where the castle becomes the canvas of a 20minute storyline. Even though storyline was told in Japanese, I was too wowed by the whole tapestry to even sulk at the fact that I dont understand a thing. But hey, its Sleeping Beauty, Cinderella, Beauty and the Beast and the rest of my childhood fairytales…..what’s there to sulk about right?

For those who wants to know if Disneyland is better than Disneysea….totally!! I spent 13 hours in Disneyland and it was raining for most of the time. But still, I had fun. The grand finale at 850pm was the icing on the cake.

Pro tip: Planning your route for the day is essential in saving you time. Click here to view the Tokyo Subway Route Map 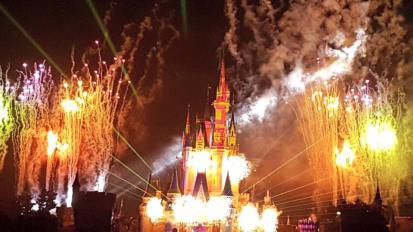 And then there’s Ibaraki. Located 2 hours away from Tokyo, Ibaraki’s Hitachi Seaside Park (ひたち海浜公園, Hitachi Kaihin Kōen) makes a great side trip. This place, though its just flowers everywhere, is situated next to the largest ocean in the world, Pacific Ocean. I forgo a couple of sites in Tokyo to see this place and fortunately, it doesn’t disappoint.

Somehow I find that going through Japan via Shinkansen is like the Great Ocean Road self-drive trip I did in 2016. I get the freedom to see the sights along the routes, take as long as I want and wherever I want. 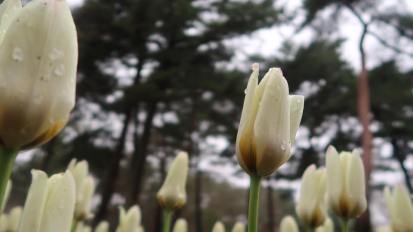 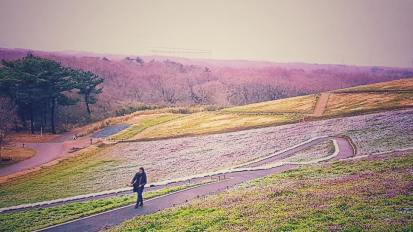 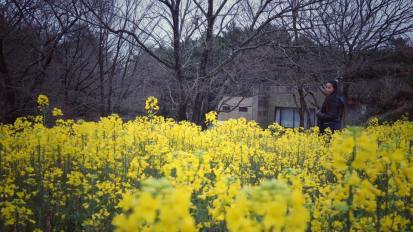 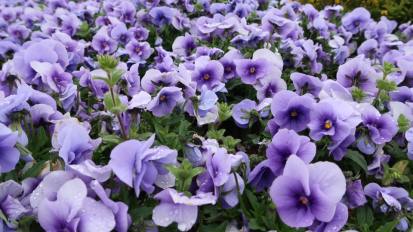 Itinerary for 12 Days in Japan